A flutter is a British term for placing a small bet on something, a fact which the viewer is informed of during this film’s opening credits. This sets up the tone for the film, one which explores the sometimes squalid world of sports betting, and we are introduced to an array of Cockney gambling devotees (read: addicts) who very rarely are able to spend time shaving and cleaning up before the track calls them.  The film explores the events that occur as they keep looking for a better fix than the last, in the manner of junkies everywhere.

Flutter has a punter by the name of Joe Anderson managing to get himself entangled with a bookmaker, Anna Anissmova, who pushes him into making far more dangerous bets. In fact, she seems bent on his total destruction, and the film explores just how easily this could be accomplished.

Flutter’s main protagonist Anderson has made a career out of gambling, although he isn’t particularly good at it. Work, for him, involves attending dog races with friends, played by Max Brown and Luke Evans. Somehow Anderson has managed to get himself a wife, Laura Fraser, who is a solicitor and doesn’t mind her husband’s expensive shenanigans –a fact which is more easily digested when we are informed that she is the daughter of an inveterate gambler as well. 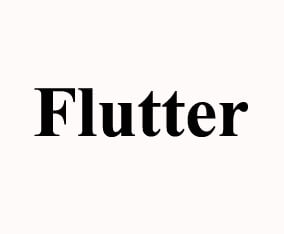 In the manner of most gamblers, the hero makes sure to act on the tips that he may happen upon, even those which arise from unlikely sources. When he chooses to follow up on one such tip from his American dentist, played by Billy Zane to creepy perfection, he approaches his bookmaker, Stan. Stan is missing however, and, in his place, is The Whistleblower, Anissmova.

The “new” Stan has a wider interpretation on bet-making, and things begin to take a darker turn almost immediately. The first of this, and an indication of where Flutter is heading, is given almost immediately when Anissmova proposes to lay a wager on whether or not our hero will have the guts to pull his rotten tooth out himself. Another idea is offered up when a hostage situation playing out at a school is reported on television –how many children will the villain end up murdering?

And so our narrator begins to spiral down the black hole betting opens up, where increasingly dark wagers are proposed and enthusiastically taken up. There is a darkly comic atmosphere that the director puts into place as well, in order to lighten what could be an incredibly disturbing premise, and this results in an effective thriller that will have viewers questioning the harmless fun that gambling is so often propagated as being.

A Refreshing Take on Betting

Flutter manages to look at the world of political betting in Australia and the types of personalities who are so entranced by this pastime in an original way, and masterful performances by the actors deliver a product that is very enjoyable, however thought-provoking and disturbing the end result may be.