Hobart and the Hobart Cup Explained

The Hobart Cup is a Tasmanian Racing Club Group 3 Thoroughbred horse race. The race is held as an open handicap race over a distance of 2400 metres at the Hobart racecourse in Hobart during the Tasmanian summer racing carnival. The Cup is generally held on the first or second Monday in February. The total prize money for the Hobart Cup in 2015 was A$225,000.

The 2015 Hobart Cup was won by Geegees Blackflash from Genuine Lad with Banca Mo third.

The Hobart Cup is one of only four group races held in Tasmania each year, alongside the Gr3 Launceston Cup, Gr3 Bow Mistress Trophy & Gr3 Vamos Stakes, the Hobart Cup is a major social event in the city of Hobart in Southern Tasmania. 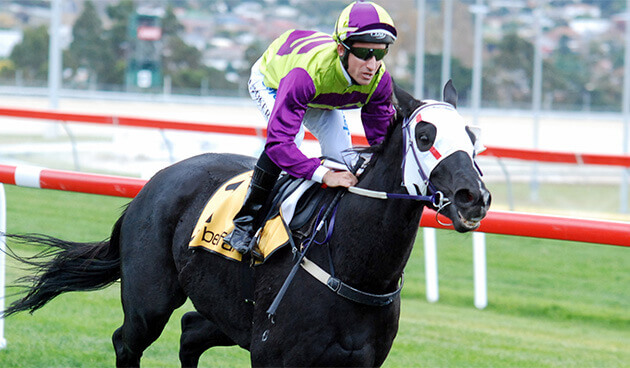 The Race Details for Punters

The Hobart Cup is widely considered the premier staying handicap race for thoroughbreds in Tasmania and much like the Tasmanian Derby for three-year-olds, usually attracts the best local gallopers available. Now and then an interstate horse may make the journey across to Tasmania in an attempt to gain victory in a black type Cup event.

More often than not, the Hobart Cup turns out to be a showpiece event for Tasmanian stayers and is not generally considered to be a high quality affair. However, it is worth a note to point out that the natural progression from the Hobart Cup for good stayers is the Launceston Cup a couple of weeks later. In recent times, Epingle, the winner in 2014, Itsa Kareem, third in 2008, Zacielo, the winner in 2004, and St Andrews, the 2002 winner, all went on to win the Hobart Cup & Launceston Cup double. Genuine Lady, the second place finisher in 2015, and Zavite, the second place finisher in 2009, both went on to win the Launceston Cup after finishing second in the Hobart Cup beforehand. It is also worth noting that the 2007 winner Blutigeroo went on to win the Grade 1 BMW a few weeks later at Rosehill racecourse during the Sydney autumn racing carnival in New South Wales.

There are some other notable races on Hobart Cup Day too, and there are the Wrest Point Strutt Stakes and the Thomas Lyons Stakes.

Further notable winners of the Hobart Cup in Hobart include Geegees Blackflash in 2015, the winner of the weight-for-age Summer Cup over 2200m at Hobart. This event is run prior to the Hobart Cup. Recent Hobart Cup winners include Epingle in 2014 and Hurdy Gurdy Man in 2013.

Technology has enabled everyone to have the tools to access Crown Oaks betting. Having access to such thrilling horse racing at their fingertips accounts for the booming popularity of online sports books, as it means greater winnings and better odds because of the massive betting pool. A complete range of betting options is available at sport books’ horse betting sites, and punters can bet on the winner, or last place, or the first three positions, or even every position in the race. This is an activity that needs plenty of skill and knowledge. Be able to read the horses, the jockeys, and the field. Also a fair amount of luck will help out. But if it all comes together just right, horse betting can be one of the most lucrative hobbies possible. The next Hobart Cup will be on Monday 8th February 2016.